The dark nights are drawing in. It’s that time of year to get cosy with your blanket of an evening and watch some screen-action under the flickering lights of your scented candles. Here’s my recommendations for your pre-Christmas viewing pleasure… 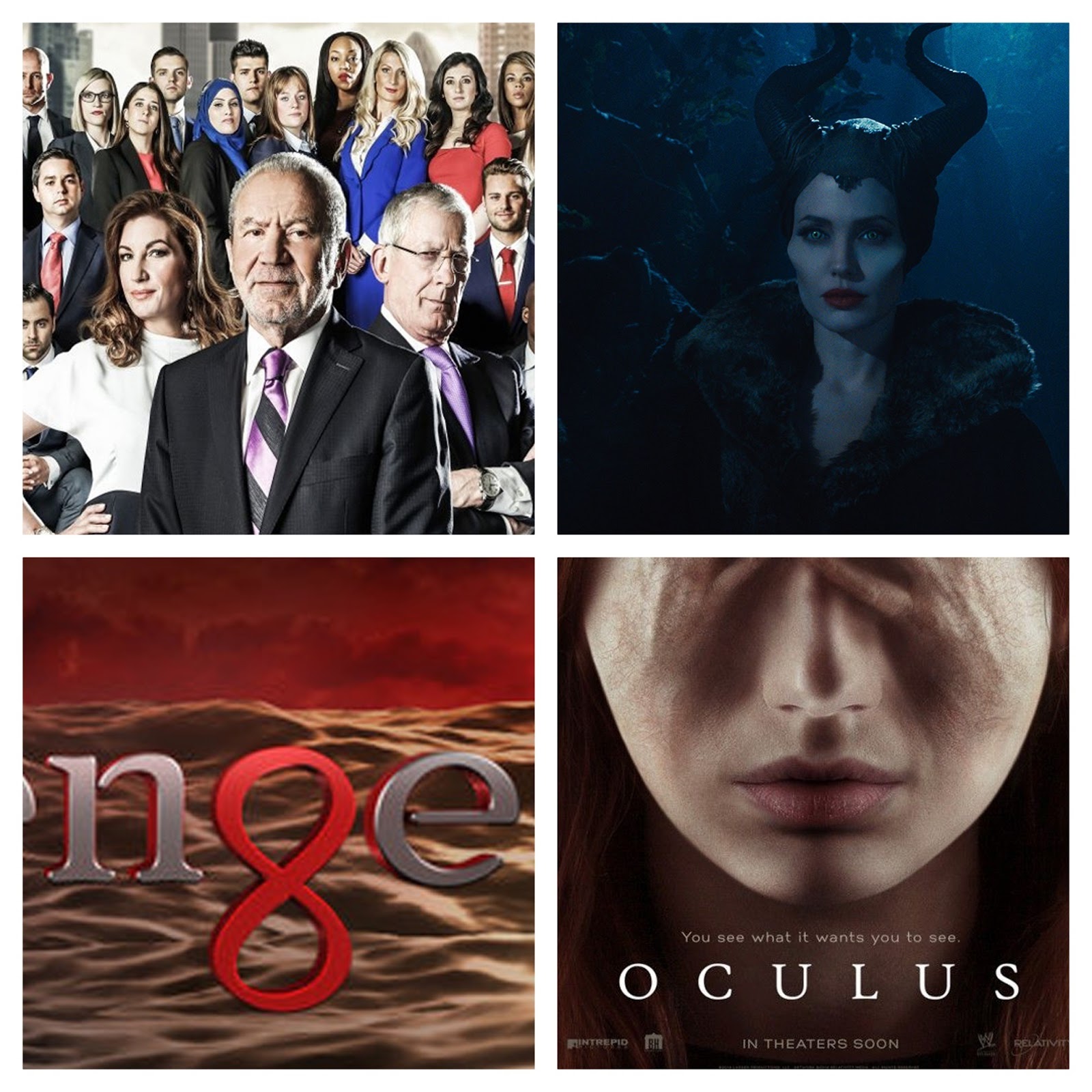 Returning on Tuesday 14th October (and running for 12 weeks), is this tv show we all secretly love whether we want to admit it or not. This year’s group of candidates looking to impress Alan Sugar is diverse; from a dating-service owning hypnotherapist, to a social worker. Sit back with your blanket and watch the sparks fly!

You all know the story of Sleeping Beauty (the classic Disney tale); but how much do you know about her cartoon-enemy Maleficent? This live-action movie is released on 3D BLU-RAY, BLU-RAY and DVD 20th October 2014, and features Angelina Joliet as Maleficent and Elle Fanning as Aurora aka Sleeping Beauty. The film is visually stunning and a dream to watch, as you learn about what turned Maleficent ‘bad’.

If you are in the US, Season 4 of gripping drama Revenge starting airing weekly on 28th December on ABC. This is a gripping story that you have to watch from the very beginning, and tells of Emily Thorne’s quest to get revenge on everyone who contributed to her father’s death. Time for some TV marathon sessions to catch up!

This film is a great psychological horror that’s perfect for cosy nights at home. I’d recommend some company with this one. A brother and a sister set to find out why their dad turned into a mad-man when they were children, and they suspect an old mirror is at fault. It’s released on 20th October, and you’ll need a blanket to cover your eyes.

If you liked this post, please follow my blog on Bloglovin’ (HERE) to keep up-to-date with posts.