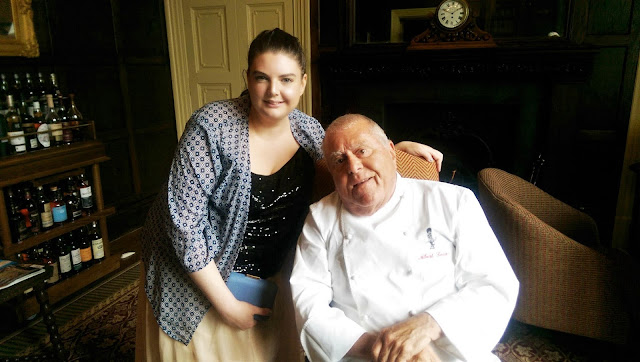 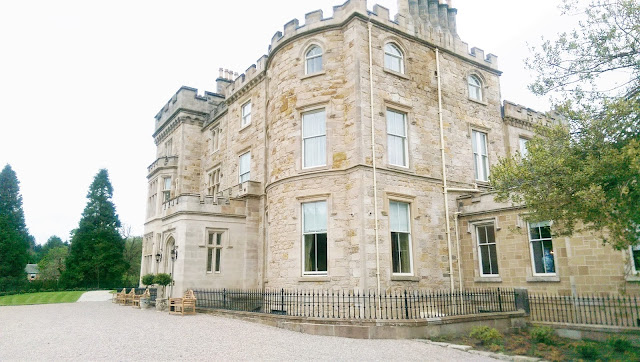 Last week I was invited for a press lunch with Albert Roux OBE at his restaurant at Crossbasket Castle just outside Glasgow in Scotland. However, I didn’t realise just how small and intimate an affair it was going to be – there were just two other journalists dining with us. I was sat next to Albert, and the chance to have proper time with this culinary genius (who is now in his 80s) over a near two and a half-hour lunch was a ‘money can’t buy’ experience. 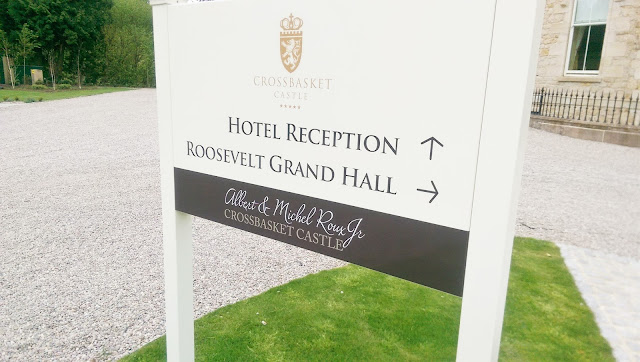 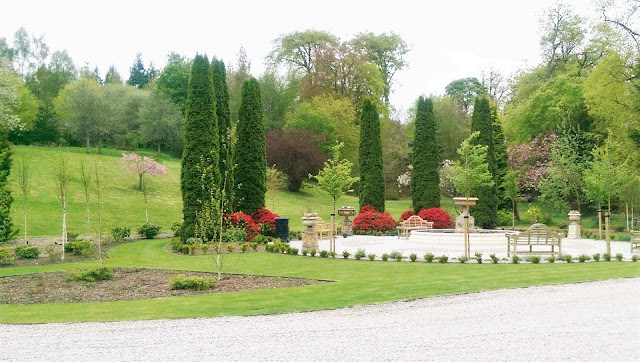 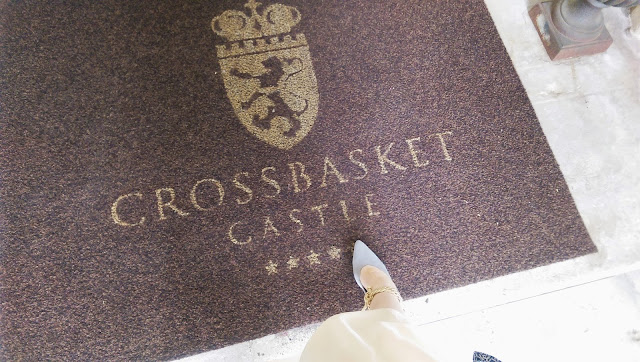 Crossbasket Castle is a 15th century building that has recently undergone a £9million refurnishment to turn it into a luxury country hotel and wedding/events venue. Albert and his son Michel Roux Jr. have taken over the restaurant there and trained all of the chefs in the Roux style of cooking. The restaurant prides itself on using local Scottish produce and the menu changes daily according to availability. 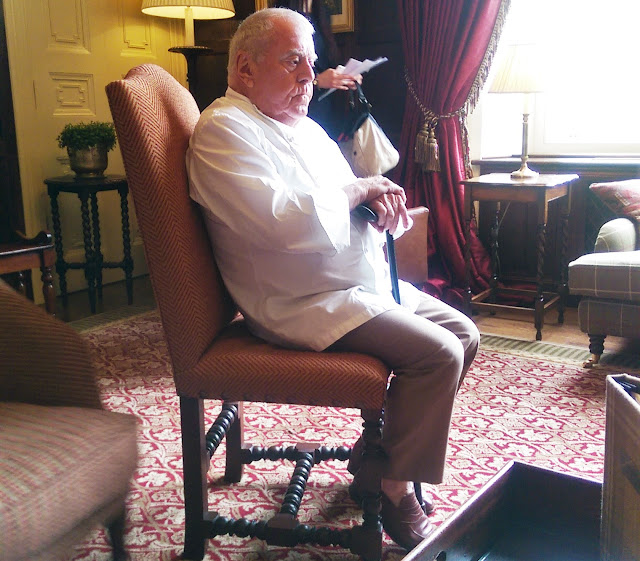 When Albert entered the room, he looked more than a bit intimidating. After five minutes however, he showed himself to be a gentle, humble and very culturally-aware man and I quickly relaxed – I think I had watched too many TV programmes of people like Marco Pierre White shouting at people!

Over lunch we talked about Scottish independence, his favourite meal (steak, skinny fries and Bearnaise Sauce), cheese, his other restaurants and much more. It was an absolute pleasure spending time with him – he’s extremely charming, gentlenmanly, intelligent and respectful of other chefs and of different opinions on food. 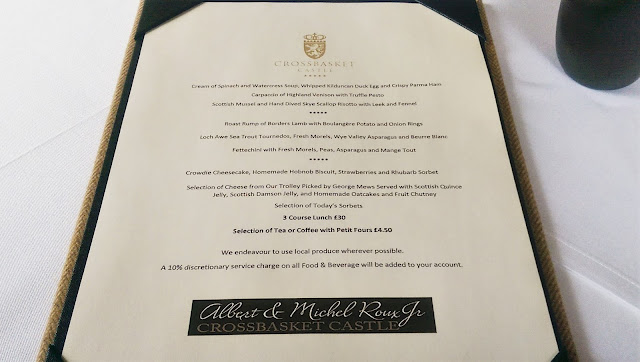 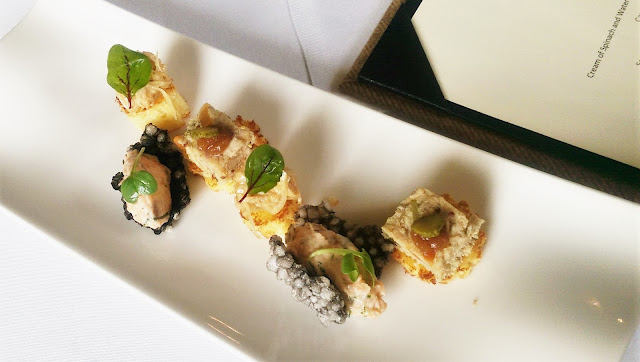 We had the £30 three course set lunch menu, followed by coffee and petit fours (£4.50). There was a great mix of meat, fish and vegetarian options, with three choices for each course. As we were ordering we also enjoyed some canapes. 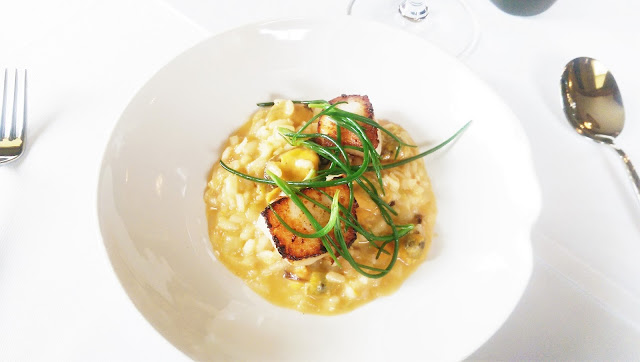 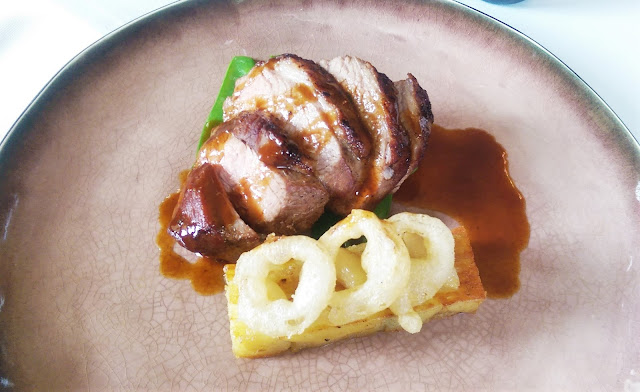 For my starter I went for the Scottish Mussel and Hand Dived Skye Scallop Risotto with Leek & Fennel. It was delicious – the scallops just melted and the whole dish was so creamy and flavoursome. You could really taste the delicacy of the seafood flavours. For my main course I chose the lamb – Roast Rump of Borders Lamb with Boulangere Potato and Onion Rings. The meat was served perfectly pink and was incredibly tender. The jus that came with it was one of my favourite parts of the course as it was packed with flavour and went with everything so well. 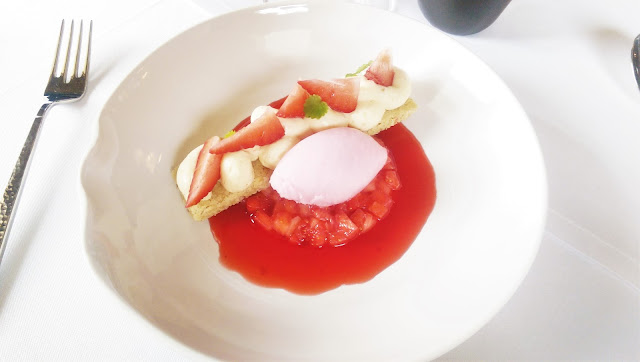 Finally, for dessert, I had to try the Crowdie Cheesecake with Homemade Hobnob Biscuit, Strawberries & Rhubarb Sorbet. It was heavenly – the cheesecake element was so soft and creamy with just the right amount of ‘tang’ and the strawberries were so sweet. I could happily have eaten another couple of bowls. 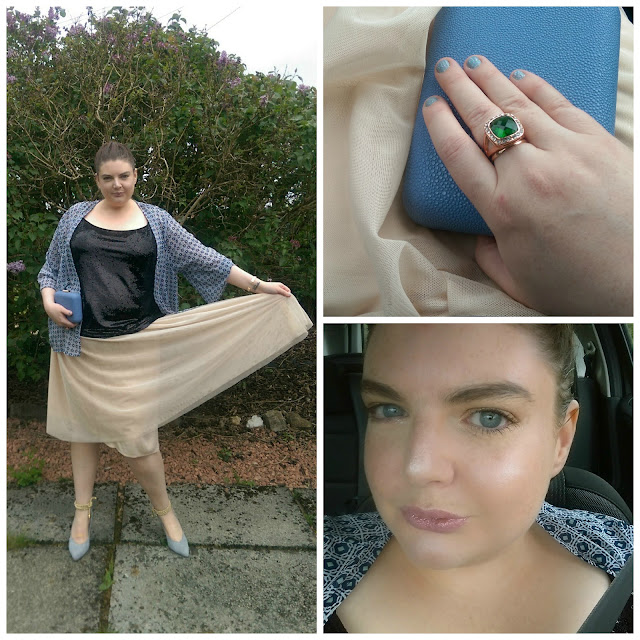 For the occassion, I wore a cream tulle midi skirt from a brand called Stolen Hearts, a black sequin vest top, a past season New Look kimono and SS16 Duo heels that have gold rope ankle ties. For my makeup I went with a natural glowy bronzed look using the new Elizabeth Arden Sunset Bronze collection which I will be reviewing here next week.

This post contains a complimentary meal, but all opinions are my own.