6 BOOKS TO READ IN SELF-ISOLATION 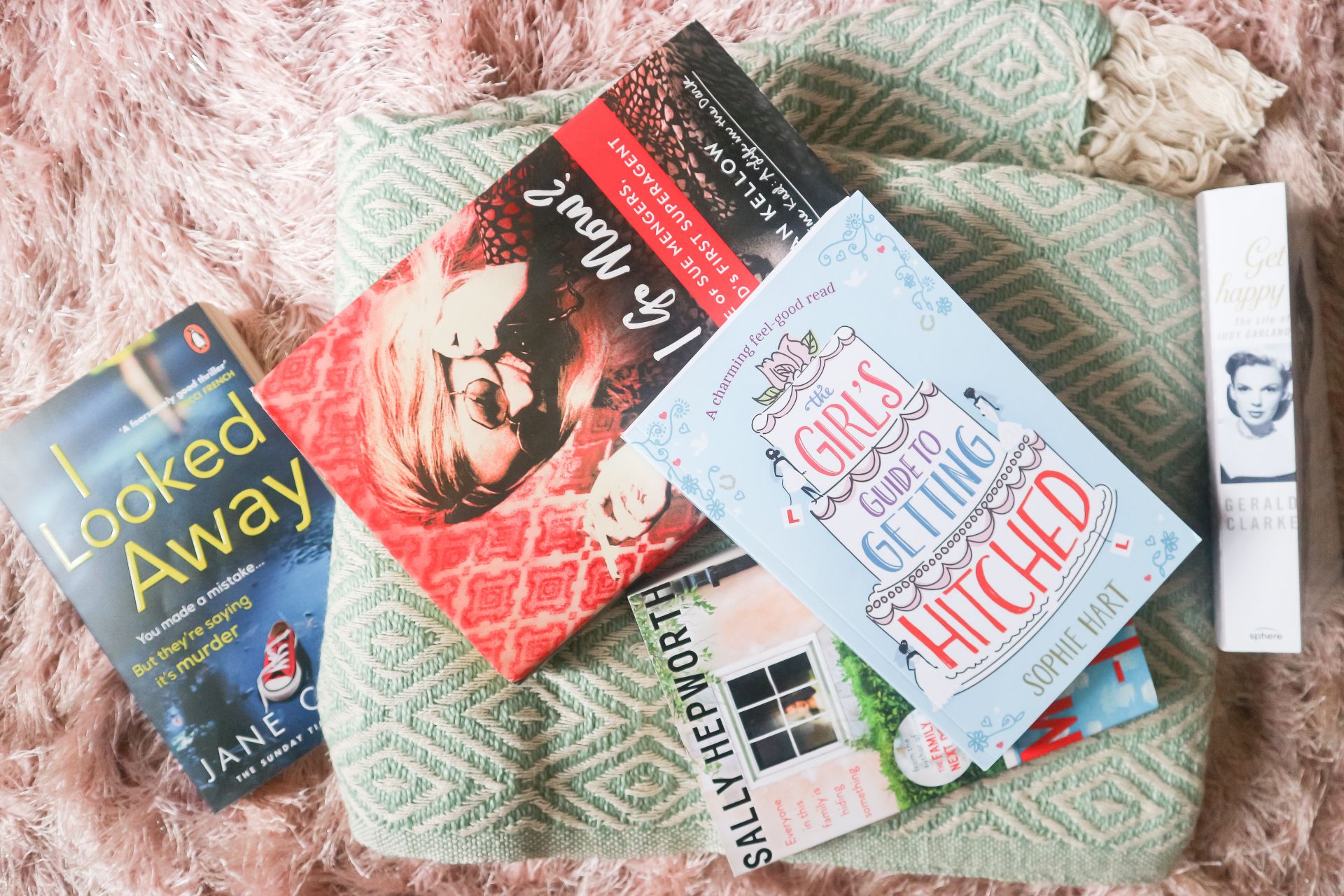 Having the time to read over the last month, has been a real treat. It’s the first time (when not away on holiday) that i’ve been able to read at home or at work, without always thinking that there’s something more important I should be doing. Enjoying hours and hours of reading is one of the only positives in this whole situation we find ourselves in. I wanted to share with you six books that I’ve read recently, that would be perfect for you to get stuck into during self-isolation. I didn’t love all of them, but there is definitely something for everyone in here, if they are your types of books.

All in Her Head by Nikki Smith*** – Out 2nd April, Amazon

This is such a gripping suspense thriller. It has such an epic twist, I’m struggling with how to write about it without hinting at it. The book begins with Alison, a vulnerable female working in a corporate library, who shares her story of fear, surviving domestic abuse and trying to protect herself from her ex-husband who keeps trying to contact her. Meanwhile, Alison’s husband Jack doesn’t endear himself to us. His story is one of desperation, of intimidation, of trying to turn Alison’s head back to him and what they had. You get so engrossed in this story, and quite passionate on behalf of Alison. It’s a tense read, as she tries to gather evidence that Jack is stalking her. Over half way through the story, there is an almighty twist. It turns everything upside down, and reminds you, quite starkly, that there’s always more than one side to the story. 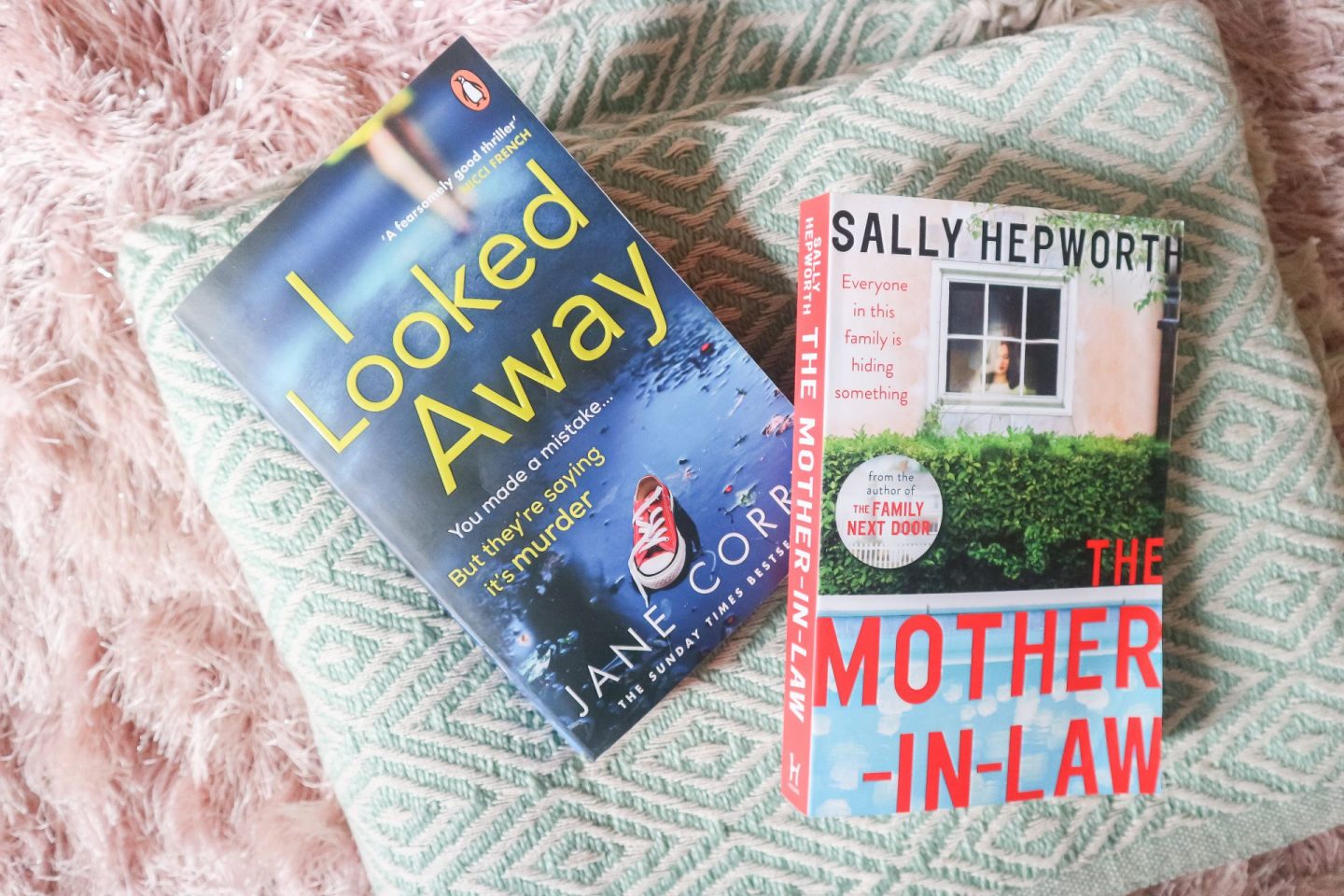 I Looked Away by Jane Corry – Amazon


I can’t decide whether this is actually a good book or not. It’s a Sunday Time bestseller and has rave reviews, so my swaying mind points to this being one of those ‘love it or loathe it’ reads. I enjoyed reading it. It entertained me and gripped me, but the ending to me was so unbelieveable that it ruined everything I’d already read. I was sad for the book that it had come to the ending it did. Lots of people will love this psychological thriller, and that’s why i’m recommending it; but I just can’t help cringing at the conclusion. Ellie is retired. Her husband has been having an affair, whilst she has been at home looking after their grandson. One day she hears her husband on the phone to his mistress, and for a second she takes her eyes off the child. It’s not the first time a child has had an accident around her. When she was a child, her younger brother died in her care. Whose fault was it? Meanwhile, we follow the story of a homeless woman called Jo who travels from place to place. The two stories jar slightly as they seem so tersely connected. This novel jumps about A LOT in terms of time and perspective, so it keeps you on your toes. It’s written well, and the characters are believable and relatable. It just veers widely off course at the end, and I just don’t understand or believe that ending. Let me know what you think if you read it!

Check out yet more books that i’ve been reading!

The Mother-In-Law by Sally Hepworth – Amazon

This is an intelligently written novel. It’s essentially an exploration of the strained relationship between a mother-in-law and a daughter-in-law. We hear both perspectives, and they are respectful, insightful and show just how much misunderstanding there can be when people don’t communicate their feelings to each other. Lucy never had a mother of her own and she so wanted her mother-in-law Diana to fill that void. Diana, however, isn’t someone who openly shows affection. She seems cold and rude to Lucy, but Diana is just her own person, with her own way of doing things and dealing with things. It doesn’t make her bad, it just makes her different. One day, the police turn up to announce the discovery of Diana’s body. It appears she has killed herself. Why would such a ‘together’ woman do such a thing? Was foul play invloved, and was it at the hands of Lucy? She did have a aparently tense relationship with her, but she’s not the only one in the family that Diana didn’t seem to get on with. As we follow both women, and also the story of Lucy’s sister-in-law, we learn what really happened to Diana; but also how much we hide from people and how much could be solved with an honest conversation. 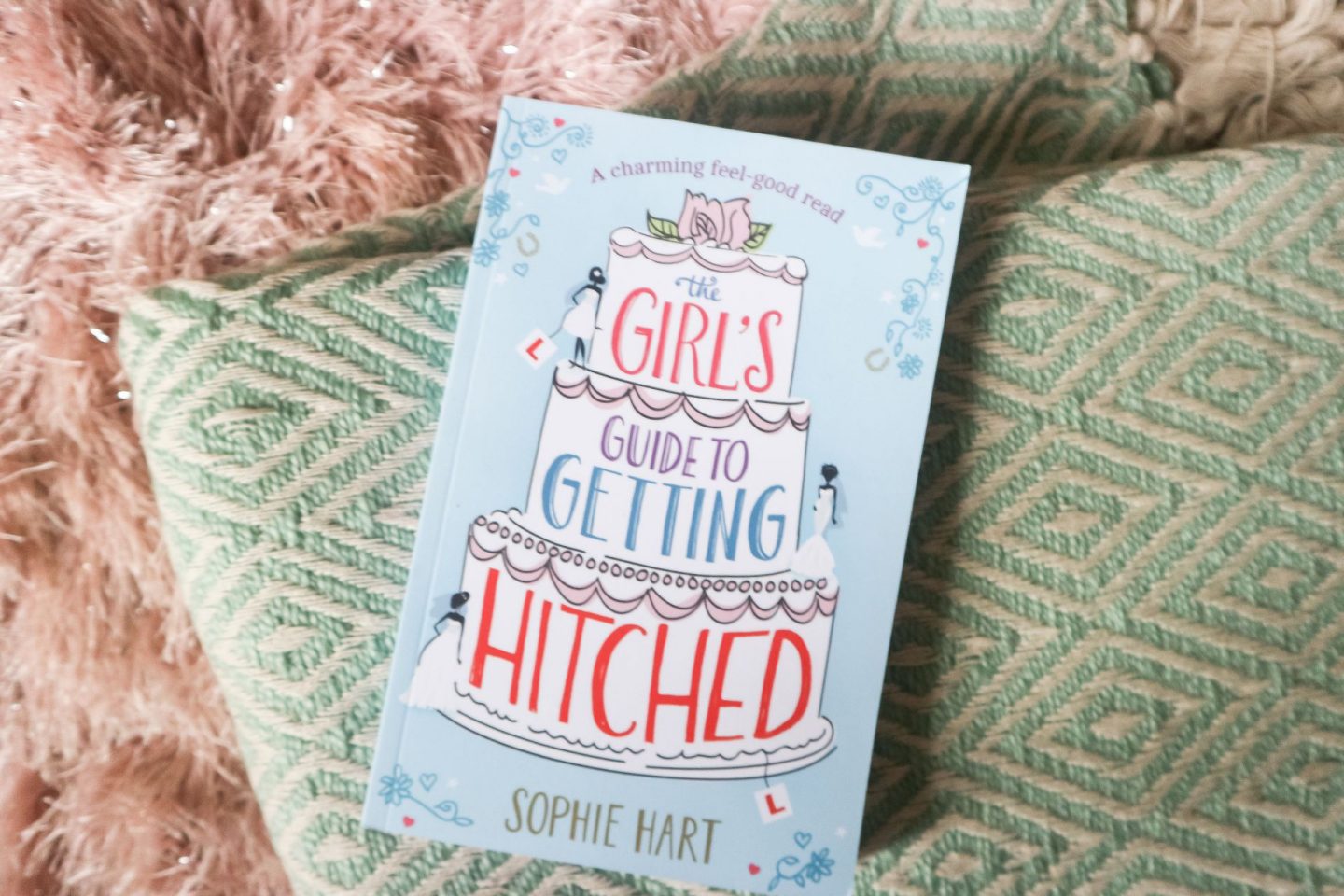 A Girl’s Guide to Getting Hitched by Sophie Hart – Amazon

You know all those books called ‘The Bakery on the Beach’ or ‘The Little Teashop at Christmas’? I hate all those stories. Upon starting to read this, I realised that this wasn’t so much laugh-out-loud chick-lit a la Lindsey Kelk or Sophie Kinsella, but more a ‘The Beachcomber’s Cake Shop’ type story. It’s homely, it’s ‘mumsy’, it’s dull – which is a valid type of story if that’s the book you want. You don’t need to put any effort in when reading this. It’s the story of a handful of different women, all planning their upcoming wedding; linked by their wedding planner. They all have obstacles to overcome to have their perfect day, and you do care about each of them, cheer them on and believe in their journeys. It’s just meh. Brilliantly written if this is your type of book, but a terribly smooth ride if not. 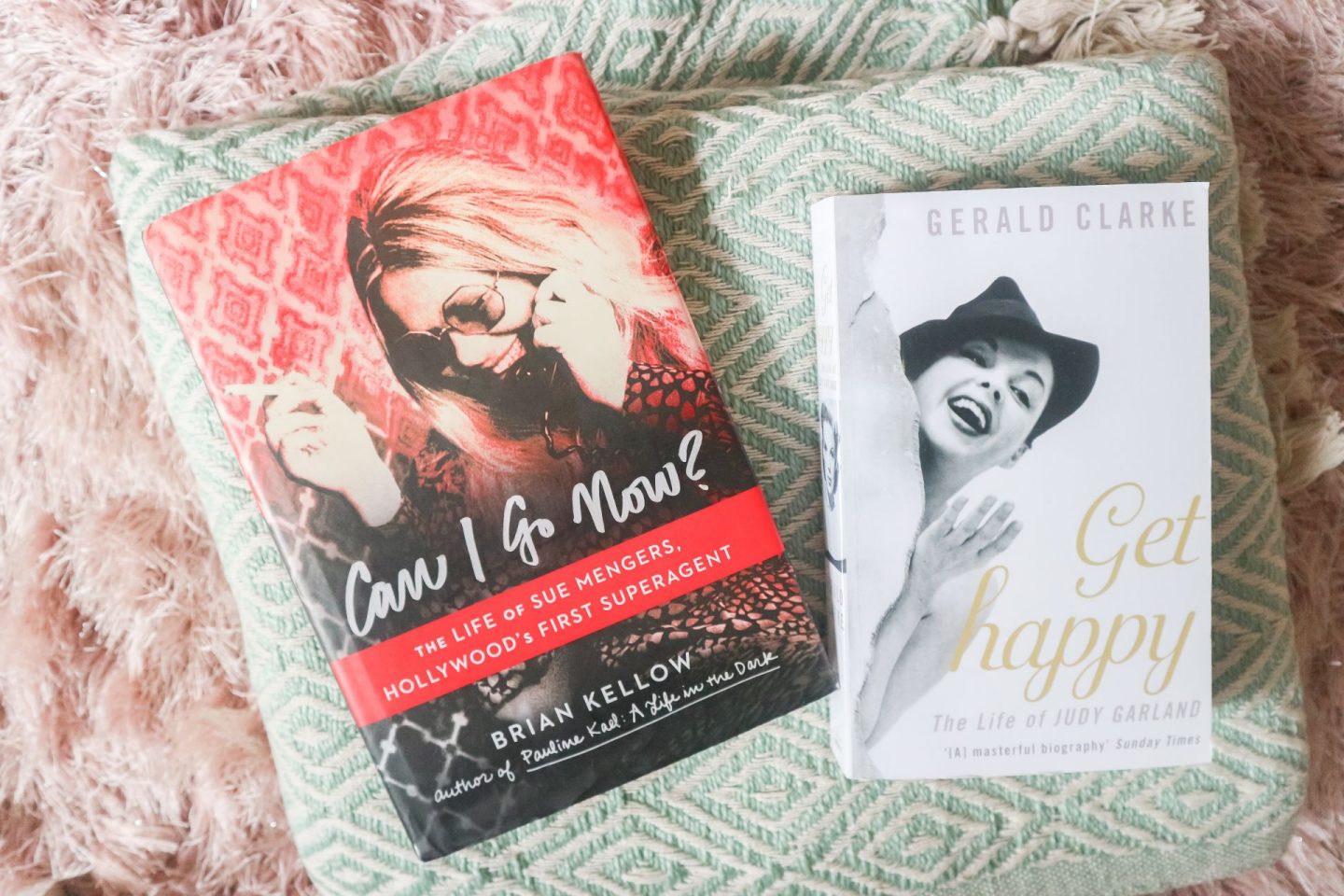 Can I Go Now? The Life of Sue Mengers, Hollywood’s First Superagent by Brian Kellow – Amazon

You’ll know by now that my day job is working in TV (and lots of film in the past too). Los Angeles is also my favourite place in the world and i’ve spent a lot of time on film studio lots there, hearing the most incredible stories about what has happened in these haunting places. I think you have to have some interest in Hollywood and the mechanics of how it operates, to find this book enjoyable or for it to hold your attention. It’s a collection of stories and anecdotes about a Hollywood agent in the ’70s. She was a force to be reckoned with and new how to get the very best deals for the stars on her roster. She didn’t document her own life, so all we are left with is a series of stories from the people she worked with. These are more than enough to entertain us and paint and wildly interesting picture.

Get Happy: The Life of Judy Garland by Gerald Clarke – Amazon

I am a bit obsessed with Judy Garland. Her story is both a tragic one, and a lovely one – she was a multi-dimensional person, with a rollercoaster life and career. She was incredibly funny, adored her children and was talented beyond belief. She was also abused by the Hollywood studio system of the ’40s and ’50s, loved too hard and too much and found it difficult to cope with life in the spotlight. I filmed a little video about her life when I was in Los Angeles at Christmas. You can watch it HERE on IGTV – I take you to her school, several of her homes in Bel Air and the Hollywood Hills, and I even give you a look at those ruby slippers. I also couldn’t leave the city at Christmas without taking some flowers to her mausoleum. This book by Gerald Clarke was written using a vast amount of tape recordings that Judy made about her life in preparation for her autobiography that she never got to write. Many of these recordings were spoken in her worst moments; but I think this biography paints a balanced picture of who she was and what she was passionate about. I love that the cover has her with a huge smile too.

This post contains PR advance copies, but all opinions are my own.

Tags : A Girl's Guide to Getting Hitched by Sophie Hart review, All in Her Head by Nikki Smith review, book recommendations, book reviews, Can I Go Now? The Life of Sue Mengers, Get Happy: The Life of Judy Garland by Gerald Clarke review, Hollywood's First Superagent by Brian Kellow review, I Looked Away by Jane Corry, judy garland biography reviews, lifestyle, self-isolation tips, The Mother-In-Law by Sally Hepworth review, what to read

Previous MY LIFE WISHLIST AFTER THE CORONAVIRUS CRISIS
Next A WEDDING UPDATE…AGAIN! 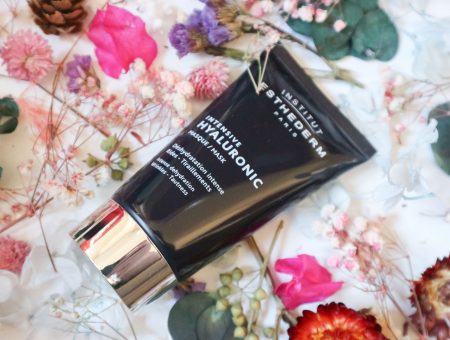 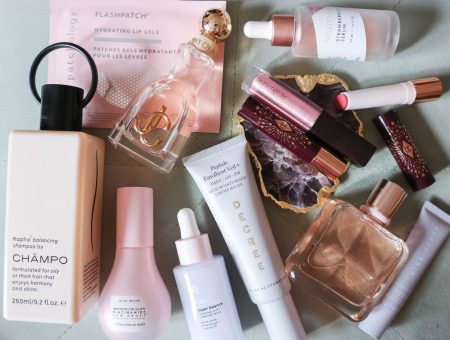 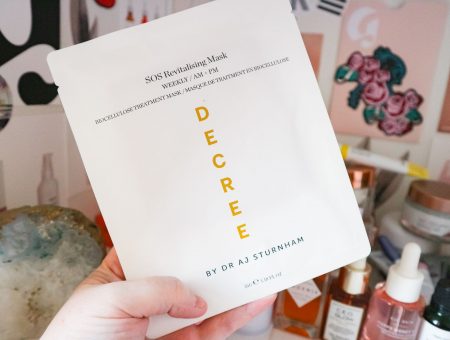 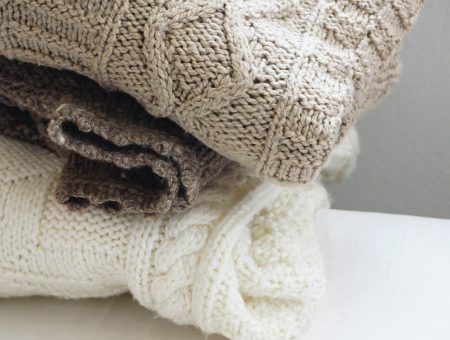 ADD SOME CLASSIC STYLE TO... 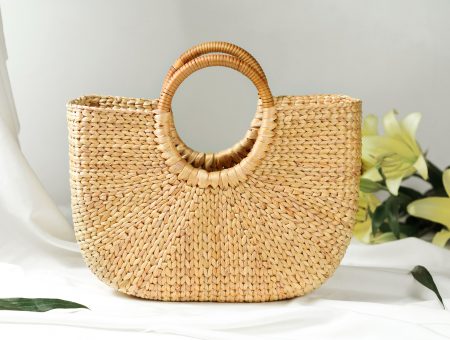 4 ITEMS YOU SHOULD ALWAYS... 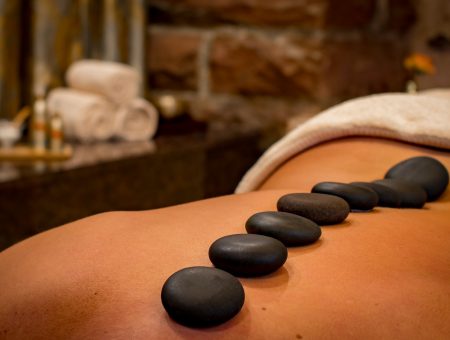 PR review - Ultherapy at The Clinic by Dr Maryam Z

One year ago today, I married the most amazing man

(Review Stay) The Duke of Clarence Suite at Dukes

Jimmy Choo meets cake! Don’t miss out on the pop

6 things you must do on the @princesscruises Sky P

PR review - Ultherapy at The Clinic by Dr Maryam Z

One year ago today, I married the most amazing man

(Review Stay) The Duke of Clarence Suite at Dukes

Jimmy Choo meets cake! Don’t miss out on the pop

6 things you must do on the @princesscruises Sky P

Got home from my @princesscruises cruise to France